THE NEW CORONAVIRUS AND THE FUTURE OF BCG 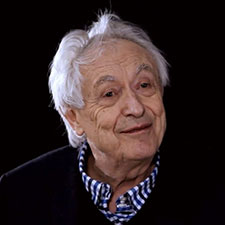 The new coronavirus and the future of BCG

At the end of the twentieth century, when most Western European and North American countries discontinued the routine use of the vaccine against tuberculosis (BCG), I wrote an article in “Lancet” suggesting that the BCG might have a future as an immunomodulator. 1

Let us recall that BCG contains a weakened strain of “a cousin” of Mycobacterium Tuberculosis. Soon after, Peter Aaby and his team, in Guinea Bissau, found that one of the effects of routine BCG was to reduce the overall mortality rates in childhood (independently of the risks of tuberculosis).2 In 2016, in a renewed scientific context, I suggested that BCG might be evaluated as a way to compensate for the effects of the current widespread microbial deprivation in the early neonatal period on the programming of the immune system.3 In such a context, we can observe, without interpreting, a common point between countries where the control of the Covid-19 epidemic has been apparently efficient, until now: in these countries, the entire population had been given the BCG vaccination since the middle of the twentieth century. This is the case, in particular, of China (including Taiwan), Russia, South Korea, Japan, Singapore, Vietnam, India, and Latin America. The case of the American continents offers a thought-provoking contrast. The leaders of the Latin America’s largest nations (Mexico and Brazil) have dismissed the dangers of the Covid-19 virus, while the epidemic is, until now, uncontrollable in the USA and Canada. Together with Western Europe, these two countries discontinued routine BCG vaccination several decades ago. By presenting such bizarre and apparently inconsequential correlations, I only aim to add reasons for randomised controlled trials looking at the possible preventive effects of BCG upon diseases related to coronavirus infections. Such projects already exist in Utrecht (Holland), Melbourne (Australia), Max Plank Institute (Germany) and in the UK. It might make more sense, theoretically, to demonstrate the positive effects of BCG as an immunomodulator than to develop a costly vaccine, with a limited target, that would only be available when the Covid-19 pandemic has declined. And what about the possible immunoregulatory effects of some components of traditional Chinese Medicine that have been widely used at the epicentre of the outbreak? Meanwhile, let us enlarge the topic by introducing an extract from my chapter entitled “Homo sapiens and the virosphere” (in: Childbirth and the Future of Homo sapiens. 2014): … “From now on, the main topic should not be the history of the relationships between humans, but the history of the relationship between humanity and Mother Earth. The virosphere is a major component of Gaia… of Mother Earth as an organism with its own self-regulatory functions”

Author of “The Future of Homo”

Lecturer, author of publications, including the first article on the introduction of breastfeeding within an hour of birth and the first article on birthing pools, he also wrote fifteen books, which have been translated into 23 languages. A tireless advocate for the cause of birth, he runs information sessions for midwives and doulas in several countries. 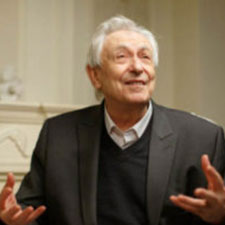